Surf Sports plays a pivotal role in the surf lifesaving community and aids in the development core skills. Surf Lifesavers have the opportunity to compete in a range of disciplines including ski, swim, board, sprints, flags and distance running. Competitors also have many team events that they can take part in.

Timing and agenda of the carnival dates for the 2021-2022 season subject to change according to the COVID-19 restrictions. At this stage, Carnival Dates can begin after 5th December. This is subject to change based on  health orders. It is being considered holding Interbranch Championships after NSW State championships. Current proposed dates are:

To find out more email surfsports@tareeoldbarsurfclub.com.au. 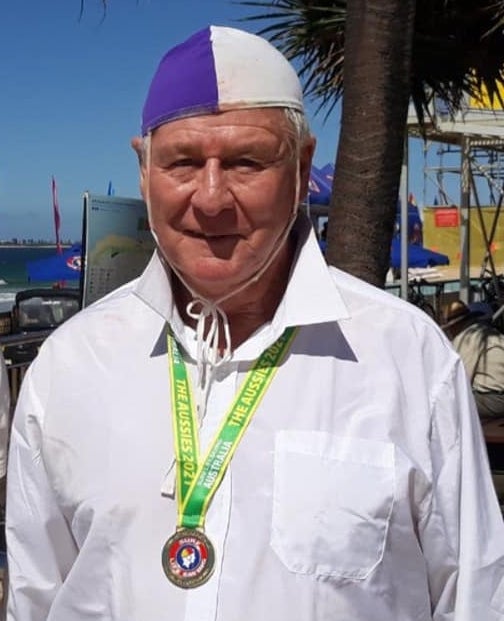 Gary began competing at 16 years of age for Bondi SLSC and found his love for surf ski racing at the age of 24 years. He has achieved greatly in the ski discipline, winning 11 NSW Surf Lifesaving titles and 9 Australian Masters titles. These national championships include the single and double ski events and the Taplin relay. Gary’s most memorable achievement was winning the Taplin team event in 1994, where his swim and board teammates put him in 3rd position going into the final leg and he came from behind to take first place in a race up the beach. Gary is also the reigning over 70’s double ski National Champion.

Gary has seen some changes in Surf Lifesaving Competitions over the years and noted the cancellation of Novelty events in the 1970’s which included pillow fighting and chariot racing. Gary reported that he enjoys being associated with the Taree Old Bar Surf Life Saving Club due to the camaraderie of its membership and being able to give back to the community.

No recent events available for Sport

Site was build by Peter